After more than a week of trying to self medicate my cough, I decided to throw in the towel and see a doctor.

I was so close to the end of the tunnel though. I could see the light of health on the other side. Finally,  I can go back to being a gymhead and lift heavy things up and put them down. Finally, I can go back to subjecting myself to the mind-numbingly and torturous routine of dragonboating.

But it was not to be. My descent into the pit of sickness was not over.

A flu brought me down.

The doctor asked if I wanted some of my medication to be of the slightly drowsy kind.

I was like, hell yeah, I need those. I need my sleep after hacking out cough after cough through the night.

Okay I didn’t say hell yeah. But I gave her the affirmative that drowsy medication is the way to go.

Unfortunately IT’S NOT WORKING ON ME. I took those medication 2 hours ago and I’m still wide awake. WHAT THE FUCK, THIS IS FALSE ADVERTISING.

Talking about advertising, what happens when a Frenchman, a Spanish dude and two Singapore guys walk into a club?

Take a guess before you scroll down.

Have you guess yet? 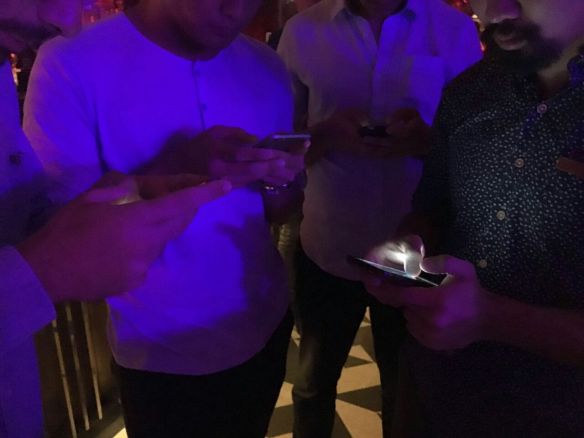 As one of my colleagues love to say: “We’re from social media but yet we’re anti-social.”

Wiser words have never been spoken.

I realised I haven’t been sharing music videos I’ve watched. So here’s a blast from the past. The Taiwanese singer/rapper is called Ah Liang. I can’t remember the girl’s name but she was a popular Taiwanese singer/actress. Don’t ask me what the song is about. I don’t understand Chinese. Seriously, did you not read the About Me section?

Rant back and forth

Where I waste my time on the Internets