In case you forget who Tony Leung is, this is him:

This is Lee Kuan Yew during his younger days.

If you’re wondering where I’m going with this, hang on.

Famous for acting in films such as Infernal Affairs and Lust, Caution, Tony may be playing Lee Kuan Yew in the political triller 1965.

I several niggling questions though.

1) Why Tony? I don’t see any resemblance between him and LKY.

3) Why is Julianne Moore slated to be in this film? Not that I’m complaining though. But I can picture two roles that she’ll most likely be playing: 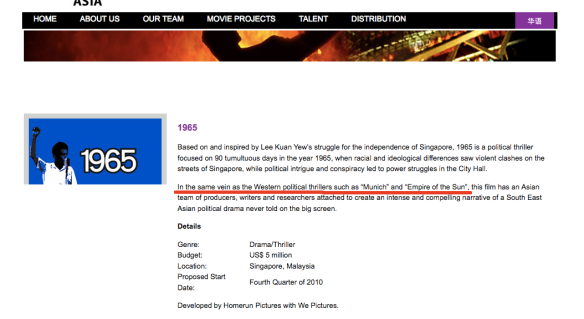 Munich and Empire of the Sun are directed by Steven Spielberg. Do you see the connection now? DO YOU? IT’S A CONSPIRACY!!!!

Sorry guys, I’m not the one shouting. It’s this guy:

Now add in Michael Bay as director and Steven Spielberg as producer and you’ll get the most explosive, blockbuster political thriller ever.

Now all I need is to find the film poster.

Check out some of mrbrown’s photos of Tony Leung as LKY here.